Before seeing Gravity, I don't think I ever fully appreciated how much I like George Clooney. But I do. And from now on will refer to him as The Cloonster. I've always thought he looked like Buzz Lightyear (hence the quote for today's entry) and seeing him in that space suit was like seeing a Space Ranger in real life. 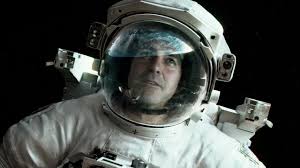 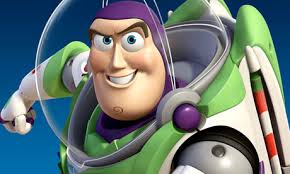 Don't you tell me there's no resemblance.

Anyhoo, I'm back from the Antigoddess tour. Thanks to everyone who came out and hung with me on the road. It was a thrill to meet everyone, and many for the second or third time! There were many, many highlights, including this weird amuse bouche foie gras thing in Naperville, IL, and a stupendous hometown party put on by my parents. And then to cap it off, Anna was at New York Comic Con: 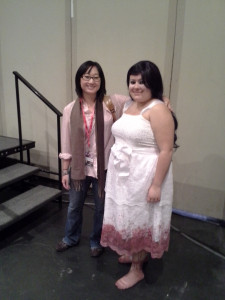 Once Cas let her out of that house, that chick started traveling.

Everyone who entered the Antigoddess Thank You Contest, THANK YOU. Because of you, the book is headed for a second printing already. Winners of prizes have been selected and notified, and prizes have started being mailed.

Got to spend some time in NY with my editor, and she informed me of some Goddess War series news:


Antigoddess will get a special new paperback cover. And ARISTEIA will get a new title. Though we loved it, it was decided that not enough people knew what it meant. So we're working up something else which I'll post soon. I sort of figured that would happen, but it was cool to call it Aristeia for a little while at least.

While I was away, Tyrion Cattister got fat. Well, he got more fat. And Tybalt nutted up and regained control of the house. The kitten reign of tyranny has ended!

A few book recommendations, as I slacked off on writing and did some reading: OF BEAST AND BEAUTY by Stacy Jay, and HOWL'S MOVING CASTLE by Diana Wynne Jones. Both entirely magical. Also, holy crap the Walking Dead looks like it's going to be good this season.

Last thing, since I haven't posted it on the blog yet: have you seen the ANTIGODDESS Trailer? Directed by Tucker Capps? He is most excellent.